Electromagnetic hypersensitivity, or EHS, is described as a variety of non-specific reactions to electromagnetic frequency exposure.

Currently, people like me, who are having adverse reactions to electromagnetic fields, are being considered the proverbial canaries in the coal mine; an early warning sign that something is amiss.  Some of us "canaries" have immediate severe reactions to electromagnetic fields, while for others the effects are more cumulative, getting worse over time.

The woman in this video moved into a condo and immediately reacted to a bank of 26 smart meters outside her kitchen wall:


"I never thought utility meters could actually make me sick."

My first "canary" reaction was not quite as dramatic as the woman in the above video.  In December 2012/January of 2013 I purchased my first cell phone.  After about six months my "phone ear" started burning, then constantly hurting, every time I put the phone to my ear.  I did make the correlation,  and stopped putting the cell phone to my ear, and the pain went away for about two years.  At that time, I did not consider myself as one of the "canaries," and I don't think I even knew what a smart meter was either.


In May of 2014 I went down a healing path for multiple food sensitivities, using mostly organic, mostly local food, following a very traditional diet, (the GAPS diet), to heal myself of over 50 food sensitivities, and then enjoyed pretty radiant health and clear skin for about a year.  I describe the beginning of that journey here.


My health started taking a turn for the worse about six months after our gas company (SEMCO Energy) installed two new AMR meters here.  They insisted that the new meters were "not smart meters" and that they only transmitted "once a month," when the meter reader drove by.

With an AMR meter, the utility companies make the distinction that the communication is only "one way," and therefore does not fall under the definition of a smart meter.  But they still expose us to unnecessary radiation 24/7/365.

This is the list of "symptoms" I am experiencing, or have experienced, and I've tried to list them in their order of occurrence:


The woman in this video describes her's and her husband's reactions to smart meters and cell towers:

Three other people describe their reactions to smart meters in this video:

"I fled Idaho because I was harmed tremendously."

And a father shows the radiation from a smart meter in his child's second floor bedroom in this video:


"Many scientists, physicians, and health care practitioners
around the world, in the United States, Canada, Europe,
are sounding the alarm that this stuff isn't as safe
as the people who are making money off of it
are claiming it is."

Here is a long, yet very informative video by Dr. Dietrich Klinghardt on the effects of smart meters and electromagnetic radiation:


"The only thing that parallels
the exponential increase in chronic neurological illness...
is the increased exposure to man-made electromagnetic fields."

"The point is here, there is no safe levels of radio frequencies."

We've been trying different ways of blocking the radiation; we wrapped a sheet of lead around the back of the one AMR smart meter nearest to the bedroom, along with wire screen behind it, adding more wire screening behind the bed.  Though these efforts seem to have a small effect on my symptoms at first, the improvement seems to last only about 24 hours, and then I'm back to where I was, if not worse.  That may be due to the cumulative effect of electromagnetic radiation, because I doubt that we've been able to block it all.  Plus the City of Battle Creek Water Department has installed three of their smart meter devices on the property as well, and even though we've requested their removal, so far the Water Department has done nothing about our request.

We are now considering removing all of our natural gas service in order to remove the two AMR smart meters from the property.


During sleepless nights, prayer and meditation usually calms my nervous system down to the point where I can fall asleep for another two hours or so. Wireless radiation, like that which comes from AMR smart meters, is explained here. It puts the body into a "fight or flight" mode, and then the body is not able to heal and repair while in that mode. Waking up to my heart pounding sounds like I'm in that fight or flight mode, so it's no wonder I'm having new symptoms arise almost daily.

I just want the unnecessary radiation to stop, and to have the AMR utility meters removed, and 100% analog meters, that have withstood the test of time for safety and reliability, returned.

May We All Be Blessed! 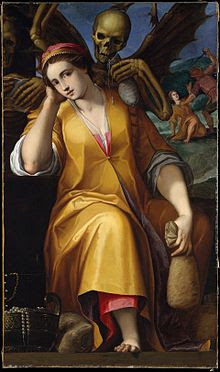